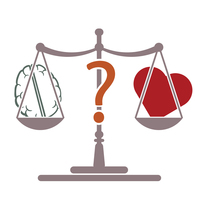 The Heinz dilemma is a frequently used to try to measure moral development. One well-known version of the dilemma, used in Lawrence Kohlberg‘s stages of moral development, is stated as follows: A woman was on her deathbed. There was one drug that the doctors thought might save her. It was a form of radium that a druggist in the […]

Jane Halvorsen, LCSW has been a clinician and supervisor in the field of mental health, and is currently in private practice. With her professional and personal knowledge and experience of trauma, she brings a unique and engaging perspective to psychology, relationships, and modern life.